Guildford Rugby Club is situated at Broadwater, along the Guildford Road in Godalming, Surrey and has approximately 1200 members, including Social and Playing members.

Senior Training is on Tuesday and Thursday, including the Gazelles. Touch Rugby is held on Wednesday evenings and is open to anyone – typically made up of ex-players, Vets, A XV and Mini/Youth parents.

Having started out in London Division 3SW, the modern-day Guildford RFC 2003 has enjoyed a succession of promotions in recent years and is now under the lead coaching of Chris Cracknell in the London 1 South division. Guildford Gazelles Ladies have come a long way under the Guildford RFC umbrella and have become an integral part of the senior club. They also play National League rugby in the Women’s Championship South West 2 League and it is their success combined with the growing popularity of Women’s rugby that has led to the re-introduction of Girls Rugby back at Guildford RFC in 2018.

The Club provides Minis & Youth Rugby for 500 boys and girls ranging from ‘Micros (U5s) through the age groups to U18s. It also provides Mini Rugby for Girls and has been fortunate to have Harlequins and England’s Lucy Packer as Girls Coach for the with a view to growing and developing Youth Girls Rugby at Guildford RFC as a pathway to the Gazelles.

Junior Rugby continues to flourish at Guildford Rugby Club which prides itself on ‘Fun and Inclusiveness’ where kids can ‘Give Rugby A Try’ and/or be the best they can in a safe and structured environment watched over by over +70 qualified rugby coaches each working to recognised, approved training programmes.

All Minis teams up to U11s play or train every Sunday morning throughout the season.

Youth teams (U12s – Colts) also play or train every Sunday. However, these training times are staggered on Sundays throughout the season. The Youth age groups also train on Wednesday evenings on one of the two floodlight pitches.

Guildford RFC was first formed in 1922 and over the years has provided rugby and other sports for Guildford, Godalming and the surrounding areas.

This is the second time that the clubs had merged having previously joined forces in 1946. OGs broke away seven years later to form their own club while Gees – founded as Guildford Rugby Club in 1922 – switched to Broadwater simultaneously in 1953 to become Guildford & Godalming RFC.

In the years that followed rugby at Broadwater flourished and in 1986, the then Guildford & Godalming RFC expanded its playing facilities when Bill Beaumont OBE officially opened the North Field on land adjoining the Guildford Crematorium on 28th September 1986.

This was the culmination of numerous Development Committee meetings chaired by R.M. Harrison that started in February 1981 with a decision to acquire land owed by Guildford Borough Council being used by a local farmer for grazing cattle. The lease on the North Field was finally executed with Guildford Borough Council in December 1984. Work on the North Field began in early 1985 and by September of that year the grass had been sown on not only the Rugby field but also on the newly created Cricket, Croquet and Hockey pitches – all of which had to be provided under the terms of the lease.

The next major development at Broadwater came eight years on from the merger of Guildford & Godalming and Old Guildfordians RFC’s under the umbrella of Guildford Rugby Club with a £1.2M Clubhouse refurbishment. The project to deliver “a clubhouse fit for National Rugby in the 21st Century” was achieved with support from Sport England, the RFU, along with the generous support of supporters, sponsors and members. The new facilities which were officially opened on 17th September 2011 by Rt. Hon. Jeremy Hunt included disability access, separate changing facilities for males and females, referees changing rooms, Physio room, Gym, Players Room as well as additional storage areas and a significant increase in social, event and conferencing space.

The end of the 2015/2016 season saw Guildford 1st XV secure promotion to National League 3 (Level 5 rugby) after narrowly beating Tring RFC (21-26) in the London Division North v South promotion play-off on 30th April 2016.
Also in 2016, through funding from Sport England, Guildford Rugby Club undertook a project to double the floodlight pitch capacity. In addition to refurbishing the existing floodlights, an additional set of floodlights were erected to an adjoining training pitch.

In 2018, the Clubhouse and Grounds have received a ‘facelift’ in which the social spaces have been refurbished, a Club Shop has been created and external events and conferencing facilities have been improved. The club has also acquired a ‘vintage’ mobile catering van to provide an outside catering facility for match days, festivals, Junior rugby and external events and parties. This summer also saw the completion of two projects on the North Field to reconfigure the two existing pitches to provide a third ‘Junior Pitch’ and increased parking for Match Days and Junior rugby on Sundays.

In 2021 the kitchen facilities had an refit resulting in a thoroughly modern kitchen capable of providing match teas, pre match lunches along with external events with ease. 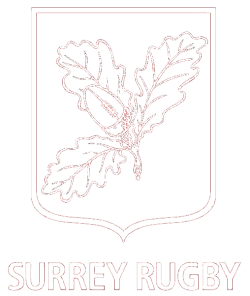 Sign up to be informed of the latest events & results